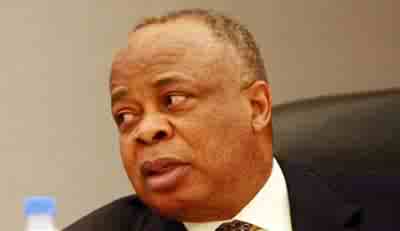 Former Presidents of the Senate, Senators Ken Nnamani and Adolphus Wabara, as well as all erstwhile presiding officers of the National Assembly are to lose their rights to hold diplomatic passports and be accorded the privileges equivalent to the status of diplomats when they travel outside Nigeria.
Similarly, the heads of two paramilitary institutions, the Nigeria Security and Civil Defence Corps (NSCDC) and Nigeria Fire Service, have been removed from the list of Nigerians eligible to be issued diplomatic passports.
This followed the consideration and adoption of the report of the House Committee on Interior on a Bill for an Act to Amend the Passport (Miscellaneous Provisions) Act, Cap P1 Laws of the Federation of Nigeria 2004.
The bill was designed to clearly define persons eligible for the issuance of diplomatic and official passports in Nigeria.
Chairman, House Committee on Interior, Hon. Umar Bature, gave a summary of the recommendations before they were adopted by the committee of the whole.
Umar said the amendment was aimed at streamlining the eligibility of persons allowed to carry diplomatic passports and avoid its abuse.
According to the adopted report, notwithstanding the provisions of any law in force, persons holding the following offices shall be eligible for the issuance of a diplomatic passport for the purpose of conducting their official duties: President, Commander in Chief and spouse; Vice President and spouse; Senate President; Speaker of the House of Representatives; Chief Justice of the Federation; Deputy Senate President; Deputy Speaker of the House of Representatives; State Governors; and State Deputy Governors.
Others listed as eligible include former heads of state, members of the National Assembly, justices of the Supreme Court, presidents of the Court of Appeal, federal ministers, Secretary to the Government of the Federation, Head of Service to the Government of the Federation, and Clerk of the National Assembly.
The list of those permitted to use diplomatic passports also included the Service Chiefs, Inspector General of Police, Heads of Paramilitary Institutions (Customs, Immigration and Prisons), Heads of Mission and Foreign Service Officers accredited to Nigerian missions abroad and their spouses, defence attaches and their deputies in all Nigerian Missions abroad, Immigration, Information and Customs Attaches in Nigerian missions abroad, as well as heads of security/intelligence agencies in Nigeria, namely,  State Security Services (SSS), Defence Intelligence Agency (DIA) and National Intelligence Agency (NIA).
One of the fallouts of the new passport regime was that the head of the Nigeria Fire Service and Commandant of NSCDC will no longer be eligible to hold diplomatic passports.
The report also stated that diplomatic passports may also be issued to any other person for whom the President of the Federal Republic of Nigeria approves using his prerogative.
It also stipulates that official passports shall be issued to such category of public officers by the Minister of Interior solely for the purpose of diplomatic assignments.
Backing the amendment, Chairman, House Committee on Foreign Affairs, Hon. Nnena Elendu- Ukeje warned that opening the diplomatic passport eligibility to too many people will make Nigeria lose its integrity before the international community.
“We must be careful because holding a diplomatic passport means you can do some things without consequences in a foreign land. Things like double parking and exemption from certain taxes.
“We must not reduce the potency of our diplomatic passports. The abuse has become so much that you are no longer respected as a Nigerian when you carry a diplomatic passport. If it’s so unwieldy, we will not be able to activate some agreements we have signed with other countries,” she said.
According to her most of the people on the diplomatic passport list could make do with official passports.