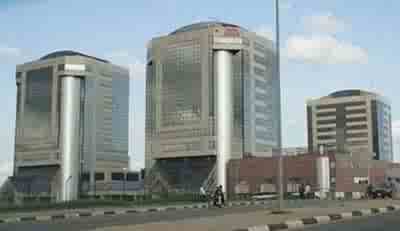 A blazing fire engulfed the Nigerian National Petroleum Corporation (NNPC) pipeline  near the quiet town of Adeje in Okpe Local Government Area of Delta State about 12 kilometres from the oil-city of Warri, Saturday evening .
A visit to the scene at about 5:15pm yesterday showed that the fearsome flames and thick smoke were rising high into the evening sky about 50 metres  from the Warri-Benin Express Road.
Although, the cause of the fire couldn’t   be immediately ascertained, an army van belonging to the Niger-Delta  security Joint Task Force (JTF) mounted with a machine gun and some armed soldiers were at the scene by the road  near a clearing indicating the pipeline.
The soldiers were ensuring that nobody who had no business in the area was allowed to go near the fire and smoke billowing into the sky.
One of the soldiers tried to stop our correspondent from taking photographs of the burning pipeline, but eventually mellowed down after painstaking explanation and identification.
Two other vehicles, including an ambulance apparently belonging to one of the subsidiaries of  NNPC  were also parked a safe distance from the raging fire, though about five men or officials were seen conversing at the scene  .
Adeje town and some surrounding communities between Warri and Sapele have in the past witnessed pipeline fires associated with a lot of pipeline vandalism and petroleum products theft in the area.
However, the area is dotted by a network of pipelines belonging to the NNPC, some of which take refined petroleum projects from Warri Refinery to the NNPC depot in Benin-City in Edo State.
Efforts to ascertain the cause of the fire from the Warri Refinery and Petrochemical Company was however unsuccessful, even as the curious presence of the ambulance in the area could not be explained.