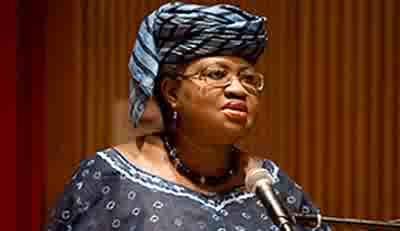 The Coordinating Minister of the Economy/Minister of Finance, Dr. Ngozi Okonjo-Iweala, last night gave the Nigerian National Petroleum Corporation, (NNPC) a clean bill of health over the remittance of the corporation’s revenue for the month of July to the federation account.
With this development, the Federal Government was able to effect the distribution of the outstanding monthly revenue allocation for the month of July to all the tiers of government, thus reducing the tension over revenue shortfall.
The backlog of undisbursed arrears, which had in recent months ended with the commissioners walking out on the Federation Account Allocation Committee (FAAC) meetings was said to have created tension in states, with many of them unable to meet salary obligations to civil servants.
The initial meetings were adjudged inconclusive partly because of the alleged failure of  NNPC  to remit to the Federation Account the N75 billion revenue it had generated during the period.
The state Commissioners for Finance and their respective Accountants General were said to have been irked by the development, as they had expected that the backlog would have been cleared to enable the states and local governments meet their obligations.
However, Okonjo-Iweala said that the NNPC has paid the N75 billion it was supposed to bring to the  Federal Government’s coffers.
She stated, “The NNPC has brought the money, N75 billion, and the Accountant-General of the Federation has distributed the funds,” adding that “the full N121 billion for  July allocation has now been fully distributed among the tiers of government.”
Anambra State governor, Mr. Peter Obi, actually confirmed yesterday evening that he had received his state’s allocation for July.
Explaining why the Federal Government has refrained from augmenting the available revenue with funds from the Excess Crude Account, the minister said there is need to make sure every organ or institution expected to bring its receipts have done so, according to her the Federal Government had earlier brought its own.
Speaking on the inconclusive FAAC meeting where to discuss allocation for July, Minister of State for Finance, Yerima Ngama, recently explained that FAAC meeting for the month of July had to be adjourned so that more money could be sourced to fund the shortfall in the July 2013 allocation.
So far, he said, it had taken the committee two months to fund the July shortfall and they are still looking for money to make up the difference.
He said government was making efforts, adding that “from our own side we have some non-oil surplus and that of excess crude we have already paid, NNPC also will contribute, and the one we (Federal Ministry of Finance) are bringing we have already paid our own.”
“The reason we adjourned today is to give more time to make up the difference for July; NNPC is supposed to bring 75 and we are supposed to bring 40,” he had  said.