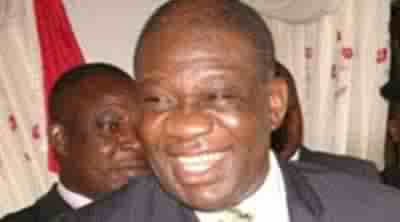 A United States-based company, Transatlantic Investment and Development Company (TIDC), at the weekend said it had concluded arrangements to finance the construction of the Gurara multipurpose dam project also known as Gurara II in Niger State.
TIDC stated this through its legal adviser, Mr. Bem Atetan, in Abuja that the project financing commitment was a culmination of several years of hard work and painstaking efforts to provide electricity, irrigation, flood control, water supply, fisheries and tourism to the state and Nigeria through the project.
Both the state government and TIDC are members of the North-South Power Consortium, which is the new concessionaire for the Power Holding Company of Nigeria (PHCN) of Shiroro power plant.
While Atetan did not give details on extant financial arrangements for the project, he however explained that when completed, the project would be the first private sector-led green field large hydro power project in Nigeria.
He noted that TIDC started work on the project in 2005 when it initiated reconnaissance studies at various locations in the country before selecting  the present site located around the middle Gurara River to generate 350 megawatts of electricity, and at the same time, provide other ancillary services like irrigation, fisheries, ecotourism and community development.
Atetan stated that a pre-feasibility study of the Gurara hydropower project was completed in 2009 with TIDC completing major milestones in conformity with the Electric Power Sector Reform Act of 2005 (EPSRA) through its resources and initiatives.
The legal adviser also added that TIDC’s partnership with the state government took off on April 29, 2008, when it signed a Memorandum of Understanding (MoU) with the government upon the governor’s visit to Atlanta Georgia in US, taking part in the project as an equity participant.
“The governor subsequently issued a Certificate of Occupancy (CofO) for the reservoir area.  In addition, the state has constituted a special inter-ministerial committee to work on advocacy and development of the GUB503 project. The committee is headed by the state Commissioner for Water Resources,” Atetan stated.
He equally disclosed that in June 2009, TIDC engaged the services of a US-based consultant, MWH, to work with Enplan Group and DamTech Nigeria Limited, to complete the pre-feasibility study on GUB503 which comprised the main report, hydrology and reservoir operation, geology and seismicity and opinion of probable cost.
According to him, the company had carried out the Environmental Impact Assessment (EIA) on the project which was approved by the federal Ministry of Environment on January 13, 2009, while relevant government agencies had been liaised with to successfully undertake community awareness for a hitch-free project execution.
On the expected commencement of construction on the site, Atetan said the project would begin as soon as the Federal Ministry of Water Resources issues a water licence in that regard, adding that as part of TIDC’s mission, the project is expected to transfer valuable knowledge on large scale hydro power projects management.
“Also, Gurara hydropower project, being considered the first Public Private Partnership (PPP) hydropower project in Nigeria, will follow a development methodology that is known to make project appraisals at each point in the development phase. “Such appraisals lead to the implementation of technically-sound and financially-attractive projects that are not encumbered by cost overruns or delays in project completion,” he added.