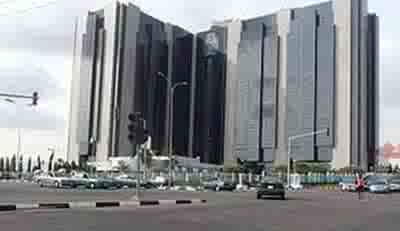 Fresh facts emerged Tuesday as to why the operating licences of FBN Bureau De Change (BDC) Limited and 19 other BDCs were revoked recently by the Central Bank of Nigeria (CBN) and how the action has put pressure on the autonomous foreign exchange market.
FBN BDC, a subsidiary of FBN Holdings Plc, controls a large portion of forex trading in the autonomous forex market and its activities and that of the other 19 firms were said to be responsible for the huge volatility observed in the market.
A banking source said the central bank discovered that politically exposed persons and oil barons with links to the presidency were using the FBN BDC for money laundering.
A particular case in point involved an oil magnate from one of the North-central states with close ties to the presidency, who was alleged to have laundered an estimated N23 billion through the FBN BDC.
The murky deal, sources learnt, had drawn the ire of the central bank, which moved in immediately to shut down the firm and 19 others.
A banking industry source further confirmed that CBN was not done with the BDCs and had turned the searchlight on 129 other BDCs operating in the country.
She said: “I am aware that CBN has sent in special investigation teams to all the banks that sold these huge amounts to BDCs and the examination is still ongoing.
“The suspicion is that some BDCs have been involved in money laundering and the CBN wants to get to the root of this illicit activity.”
But a senior official of First Bank Nigeria, who preferred not to be named, refuted the allegation concerning the bank’s sister firm.
“It is not possible for FBN BDC to be involved in that. I want to believe there are lots of frivolities involved because we (First Bank) don’t engage in unethical transactions and we adhere to all regulations in the industry,” the official said.
The CBN, last month, had revoked the operating licences of FBN BDC and 19 others and requested the Economic and Financial Crimes Commission (EFCC) to investigate their alleged involvement in money laundering.
The other affected firms include Amity Global BDC Limited, Haruna Rahaman BDC Limited, Majia BDC Limited, Ahali BDC Limited, Lawabash BDC Limited, Bin Dahuud BDC Limited, Garin Gabas BDC, D and D BDC Limited, Daytrader BDC Limited, Fatahul BDC Limited, Global Payment BDC Limited, Startime BDC Limited, Planet Ventures BDC Limited, FADIMA BDC Limited, Optimum BDC Limited, SECON BDC Limited, Asabana BDC Limited, Maiksal BDC Limited and Alim BDC Limited.
According to the CBN, the affected BDCs did not render returns on the utilisation of the forex purchased and also failed to provide documentary evidence that their purchases were utilised for eligible transactions.
The offence contravened the provisions under the Money Laundering (Prohibitions) Act, the Terrorism (Prevention) Act, the CBN Anti-money Laundering/Combating the Financing of Terrorism Regulations, 2013, the CBN Foreign Exchange Manual, and the extant Guidelines for Operators of BDCs in Nigerian and the AML/CFT regulations 2013.